The Power of Diagnostics

For us at Sheppard Moscow, what we mean by diagnostics is the allocation of time in the overall design, upfront, to allow for time and space to: thoroughly inquire into the organisation, meet people across the system, understand strengths and pain points

Diagnostics as a Practice:

It is about building relationships and getting a sense of the work that needs to be done. Additionally, ahead of engaging us as consultants, the client will frequently have their own idea of what specifically needs to be changed or “fixed”. A  diagnostic space is useful to explore the preconceived notions of what indeed is the overarching “issue”. To do this work meaningfully, it takes time and costs money, and many organisations are dubious about the value of it. In my work as an organisational development consultant at Sheppard Moscow I have experienced different levels of preparedness and willingness by organisations to undertake a diagnostic phase before commencing any change and development work, be it with the whole organisation, a team or an individual. Over my years of practice I have found myself less ‘pushy’ and insistent around suggesting and delivering a thorough diagnostic, often struggling to make a good case for it. Until recently…

Sheppard Moscow was asked to undertake a piece of work with a team based within the financial services. What I learned from the client there was multi-layered: there were complicated team dynamics at play and general agreement that people weren’t relating well to each other. They were not “getting on” well at all. After initial conversations with the two senior leaders, whom had contracted with us to work specifically with this particular team, I designed an intervention and proposed a comprehensive diagnostic process involving:

It was evident to me thorough exploration needed to happen prior to agreeing what work we would undertake. To my surprise my full proposal for the diagnostic was agreed without challenge. Both leaders could see as we embarked on conversations to plan the work that it was important not only to engage all team members, but also to have some evidence both from team observations and stakeholder feedback that things had to change.

As I rolled up my sleeves and started this work, I hypothesised that since my client were a highly data-driven company, through the diagnostic phase I had to not only engage people’s hearts and minds but get them ‘out of their heads’ to build true engagement. During the course of the inquiry, I challenged staff members to come up with a metaphor or image for their team when it was both working well and not working well. After an initial startled reaction to the unfamiliar method people went along with this suggestion and some very interesting imagery was evoked and discussed.

Metaphors included being in the European Parliament without a translator; an orchestra where everyone was playing from a different music sheet (including the conductor) when things weren’t going well; a smoothly flowing river when the team was in flow. Through exploratory conversations about the images I was able to get a deeper sense of the team’s - and ultimately the organisation’s - challenges.

Another powerful diagnostic tool was team observation. This can be felt as a very exposing and uncomfortable experience. With careful contracting we agreed I would observe a team meeting and allow for some ‘time-outs’ which would allow me to facilitate short reflections and challenges. Some fascinating insights emerged for both me and the team.

What followed was a phased debriefing process, initially to the senior leaders as the commissioners of the work followed by a session with the whole team. It was a balancing act to share meaningful insights whilst holding individual confidentiality, and just like during the diagnostic, being able to share images and metaphors helped. Usage of images also evoked humour and generated laughter which made it easier to digest the more challenging ideas. Having the mirror held up and exploring how they were seen by both themselves and the organisation was encouraging, difficult, and powerful for the team. My aim was to handle it with honesty and sensitivity.

During the final debrief session with the team I was struck by an insight that had been evident to me many years ago but seemingly ‘forgotten’: The diagnostic and inquiry ARE the work! The team, leaders and individuals were in a different place by the time we had completed the debrief. So much so the subsequent team workshop, originally envisaged in my design, felt like a supporting mechanism for a team that was well on its way to changing!

A year after the work, feedback from the team has highlighted that the diagnostic was experienced as the most significant intervention. The team are said to be working together more effectively and individuals are taking greater responsibility. There is better communication, open feedback and clarity in decision-making. It has been reported that the business is operating more smoothly as not only internal team communication has improved, but also interactions across teams.

Hybrid meetings are like a microcosm of hybrid working - requires the same intentional commitment to inclusion, participation and experience that hybrid working requires.
27 July 2022 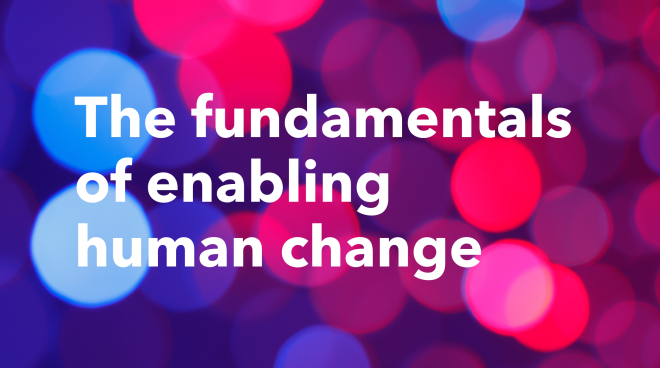 What are the key factors for enabling human change across complex and global organisations? We take a look at the key factors in bringing about lasting change in human ecosystems.
22 July 2022 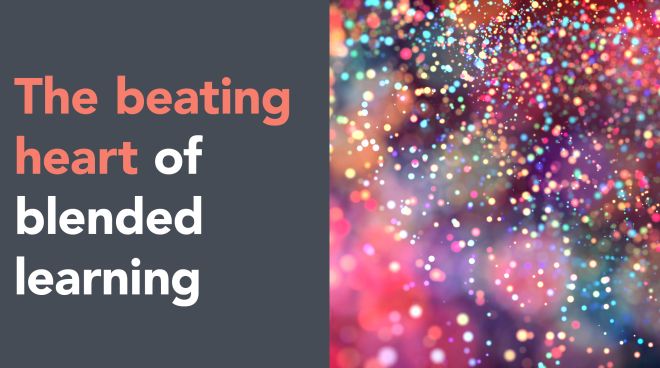