Carl Jung stated that “To be normal is the ideal aim of the unsuccessful”.

As leaders, when we set performance goals for ourselves, for our teams or for the organisation, is the aim to blend in and be like everyone else or is the aim to stand out and differentiate ourselves from others to succeed and be at our best?

In the world we live in today, where things are constantly changing, we are always being called upon to do things differently, innovate, to meet the changing needs of clients and our environments.

If you want to achieve a different outcome, you must do something different

On a programme I facilitated recently, one of our participants, as he developed his capability of self-relating recognised that he was only presenting the intellectual side of himself at work and with his team but not bringing enough of his emotional expression, which he expresses through art, to work. He was not expressing the part of him that was different. He had an ‘aha’ moment when he received his Leadership 360 feedback indicating that his team were not sure of his emotional reaction to the work they were engaged in. He then started some experiments and brought this emotional part of him to the programme and shared it more and more.

The group appreciated him having the courage to share more of himself and he found himself doing more of this with his team and enabling them to move towards shared goals and working more effectively as a collective.  He stopped trying to be ‘normal’, and he and his team aligned and achieved success.

What I have noticed over the years is that when the word diversity or difference is mentioned, people are either drawn towards the topic or it leads to the hair on their backs rising and they turn away.

There are particular diversity topics that seem to be hot potatoes, e.g. race, gender, sexuality, disability, depending on who you are and the context. And it is important to keep in mind, diversity is not just about visible difference, it is also about the invisible differences which are felt experiences, e.g. cognitive / thinking styles; mental health; resilience etc.

I recently inquired with my colleagues what fears they had, if any, about engaging with the subject of diversity / difference.  The following responses emerged:

These are genuine fears, and I am sure a lot of people share these fears and are unable to voice them. Hearing these responses was an eye opener for me. Fear has the effect of silencing us and disappearing our voices. However, what it revealed to me, is only through being courageous enough to start expressing and exploring our fears can we start to be curious and engage in the conversation - recognising that others share our fears. And move towards, not away, from enabling difference and finding common ground.

I also inquired with my colleagues about why enabling difference and finding common ground would be important in organisations. I got the following responses:

Roger Martin encourages us to embrace the mess in his definition of Integrative Thinking, which is “the ability to face constructively the tension of opposing ideas and, instead of choosing one at the expense of the other, generate a creative resolution of the tension in the form of a new idea that contains elements of the opposing ideas but is superior to each.”

The time has come to embrace difference to be successful leaders, teams and organisations.

Enabling difference, finding common ground, and being able to have the conversations about diversity and differences is the only way for teams to manifest their creativity, and not be solely ‘normal’. Like the person who began to show a new side to his team, by allowing emotional expression through his art, leaders should think about how this might strengthen their teams, and also work to create the space for innovation which benefits the organisation.

Teams, at the heart of organisational effectiveness 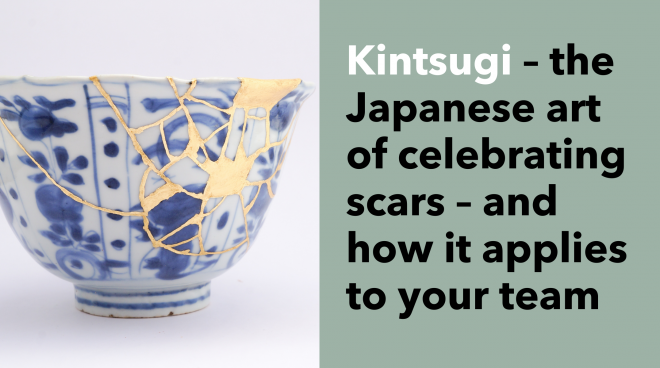 How the art of Kintsugi reminds us of the importance of facing into our issues as a team – when trust has been broken or team members have felt psychologically unsafe – and actively repairing them together, making you a stronger and more resilient team as a result
23 May 2022
Multiple authors 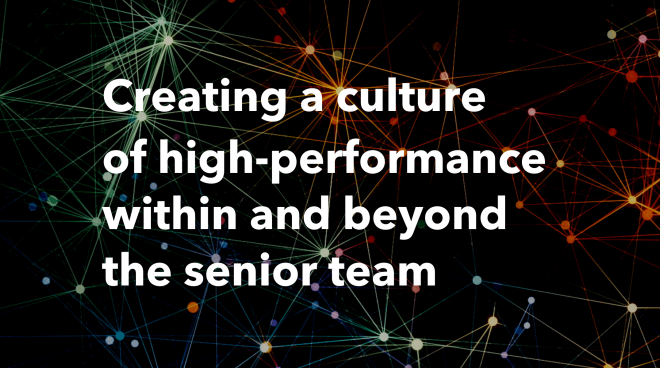 Ally Salisbury takes a look at the dynamics of senior teams - and six key areas for investigation.
20 April 2022